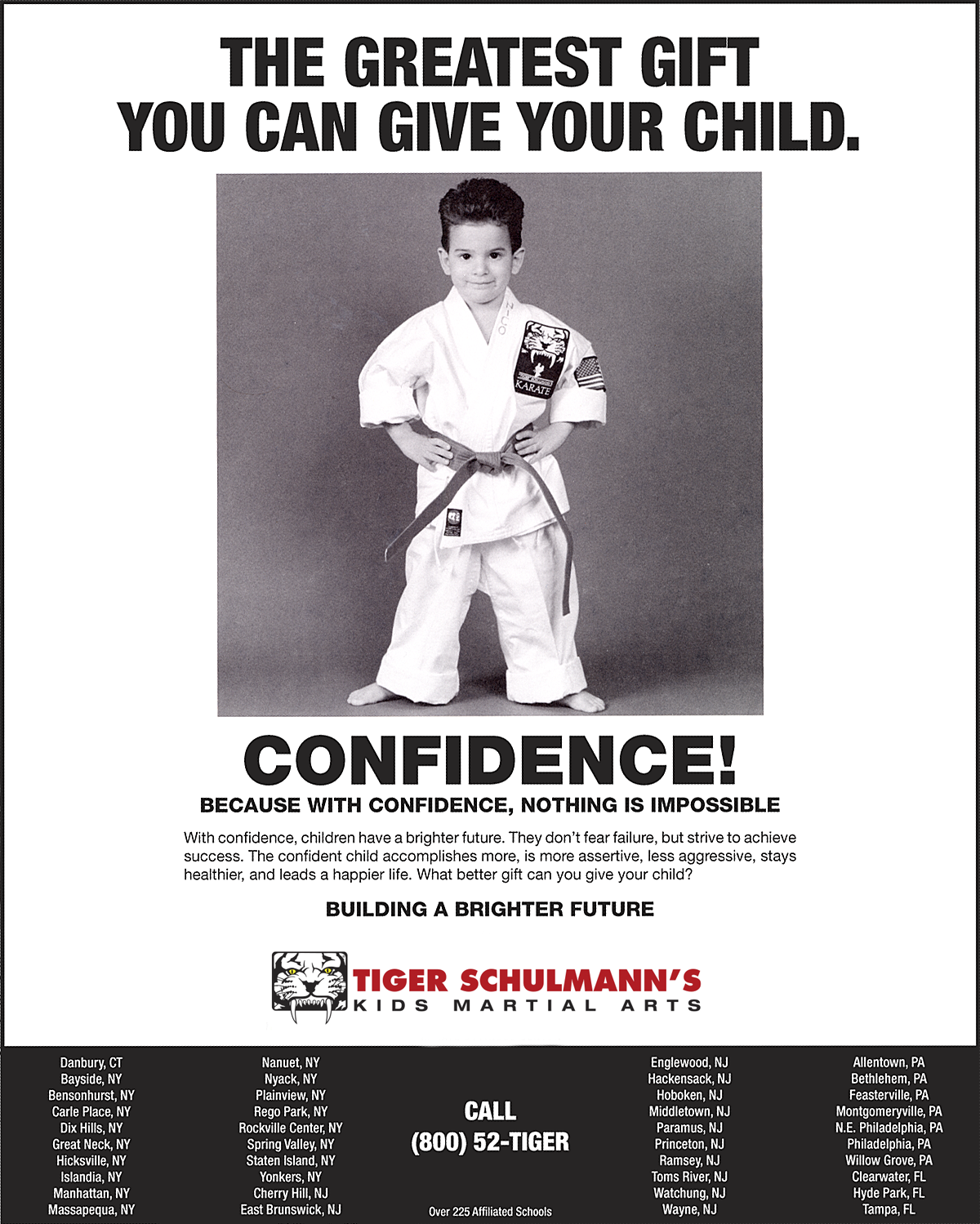 This ad created a gigantic avalanche of sales, increasing them by 50% while it ran.

At the time, the concept of “martial arts developing confidence,” and the benefits of confidence were never used by the martial arts industry at large. This was the first messaging campaign selling “confidence,” for kids. After hitting the market at large, it was copied by nearly every martial arts school in the country. It was an innovative campaign which generated several million dollars in additional revenue. When parents discovered that they could provide their children with a better future, improved concentration, discipline, and the drive to achieve, it was a no brainer to try a class.